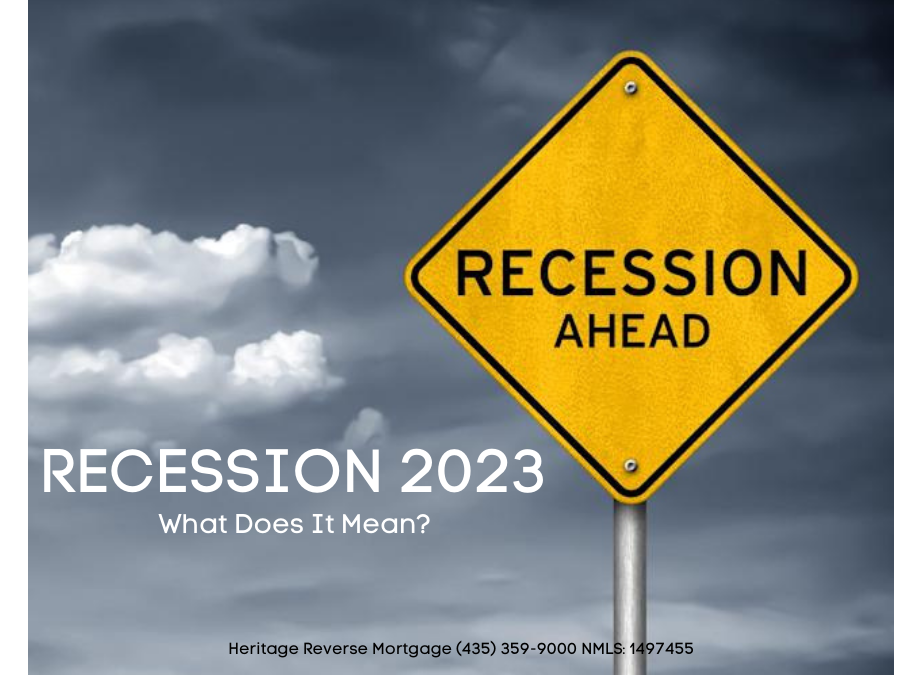 I’ve been in Mortgages since 2006. Having lived through (and surviving) the Great Recession of 2008 I’ve become pretty good at seeing upcoming Recessions. No, I don’t have a Crystal ball but I do have historical data which in most cases is even more reliable.

In June of 2019 I posted this video, “Recession 2020 – Are you Ready for it?”. https://youtu.be/MTqw-HN0FQw. In the video I accurately predicted the 2020 recession. Of course, the Government did a great job pinning the blame on Covid but the fact remains there would have been a Recession in 2020 with or without Covid.

My advice three years ago is the same as my advice now. Don’t fear Recessions. Prepare for them. They hold some of the greatest opportunities of any market cycle.

This inversion happened the first time just last week which tells me we are within 6 months of entering the Recession and within 12 months of us being in the middle of a Recession.

If you’ve been out to eat lately you know there is a high demand for hiring right now. Unemployment is as low as it has been since the mid 1950s. Most people would see this as an economic strength but history shows that unemployment hits its lowest point just as we enter a recession.

Inflation in the United States is pushing 8%. Higher than it’s been since the early 1980s. When the cost of living rises this much, this fast, there can’t help but be a slow down in the economy. If income levels don’t increase at comparative levels then people stop buying stuff which slows the economy and ultimately brings inflation back down.

So are you genuinely freaked out about the next year? Well, I’m not. Recession 2023 will bring some pretty substantial opportunities for those that can see them and prepare for them.

As of today the housing market is booming. The need for new homes far exceeds current supply. This imbalance has been the primary factor in driving massive price jumps in homes. Rising interest rates will slow the flow of home sales but interest rates cannot affect the number of families that need housing currently. Interest rates are also unable to affect the amount of new buyers entering the market every year.

Demand for Housing will continue to expand rapidly especially if things like Refugee crisis, migration from Latin America and other immigration factors continue to increase the number of people living within American Boarders. Even if people aren’t able to make their mortgage payments and a wave of foreclosures hit the market, there will still be a massive demand for housing because of population growth.

The crash of 2008 caused most people to associate Recession with home value crashes. Historically this is a false perception. Since 1960, 8 of the last 9 Recessions actually saw home value appreciation, not depreciation. This happens because most recessions usually bring lower interest rates which supports the real estate market. This graph shows how appreciation performed through the last 9 recessions.

As I mentioned, we’ve only had one widespread housing crash in the past 60 years and that was in 2008. Most accredit this to faulty loans but that’s not the full story. Yes people were lying about their finances to buy homes they couldn’t afford. But they only stopped paying their mortgages after losing their jobs. Most people will continue to pay their mortgage payments through recessions unless they have absolutely no options and no income.

I predict the next crash won’t be a housing crash but a toy crash. Over the past 10 years Americans have glutted themselves on toys. Cars, trucks, boats, side by sides, vacations, RV’s, etc. have become the American Right and people have spent themselves silly to buy the latest and greatest toys for weekend recreation.

My prediction of the next recession is a toy crash. When things start getting tight households will begin by unloading their costly toys in order to keep their costly homes. And if the Government playbook holds true the Fed will lower Interest rates once again to spur a market recovery. Given the number of expensive toys people own now days I believe there is enough runway to unload the garage before families are forced to walk away from their homes.

Be Patient. The car, boat, motorbike, side by side, vacation rental, etc. that you’ve had your eye on for years is about to go on sale. And you’ll be able to pick it up at a major discount a year from now if you hold out.

If you have thoughts, questions, or input about this information I would love to talk. I’m always looking to learn more about everything so I can serve my clients and employees more fully by preparing for the future.